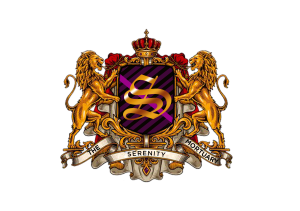 She began her early education in Dorchester County schools and obtained her high school diploma from Alston High School. After high school, Betty attended Claflin College in Orangeburg, SC for 3 years where she worked towards earning a degree in teaching. She interrupted her education and moved to Port Chester, New York in 1963 and began working at Greenwich Hospital in Connecticut. She remained in the north until 1974 when she happily returned back home to Summerville, SC with her husband, Bellot Lecointe and focused on raising her children.

After returning to Summerville, she became an active member of Murray United Methodist Church where she held several positions over the years, but her favorite was Missions where she was able to visit homebound members. She started the Glory Band Choir (children’s choir) at Murray United Methodist where they faithfully sung on every 3rd Sunday. She participated in the United Methodist Women’s organization, Vacation Bible School, Sunday School, Missions, The Eliza Wyns Circle and many other ministries within the church.

Betty worked for over 20 years with the State of South Carolina Coastal Center where she was a shift supervisor at Live Oak Village. After her retirement, Betty focused on caring for her mother during her failing health and continued to serve her God. She remained an active member of her church until her own declining health led her to Charlotte NC to live with her daughter. Her ultimate goal was to get back home to Summerville and with her church family as soon as possible but she remained in Charlotte a little longer than expected as her health took a turn for the worse in the past year.

He Only Takes the Best

God saw you were getting tired, and a cure was not to be. So, he put his arms around you and whispered, “Come home to me”. With tearful eyes we watched you and saw you pass away. Although we love you dearly, we could not make you stay. A golden heart stopped beating, hard-working hands at rest. God broke our hearts to prove to us, He only takes the best.

***The Management & Staff of The Serenity Mortuary is honored to serve the family of the late Ms. Betty Ancrum Lecointe, we ask that you please keep them in your thoughts as well as your prayers.***

To send flowers to the family or plant a tree in memory of Mrs. Betty Ancrum Lecointe, please visit our floral store.